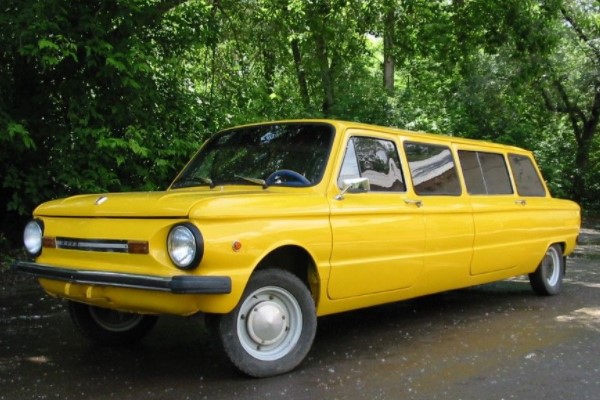 Master Sergei recently assembled a 6-meter Zaporozhets. And in the plans - an eight-meter "Moskvich" limousine. All his life Sergei from the town of Malaya Viska, in the Kirovograd region, drove only in old cars, restored with his own hands. The very first Opel Adam was produced in 1926. The car was equipped with wooden spoked wheels and a wooden steering wheel. Then there was "Goering's car", which Sergei bought back in the early 70s, when such cars were considered scrap metal and were sold for next to nothing. It took several years to restore, but the car turned out to be powerful and durable - Sergey drove this car to Leningrad and back (both cars are now carefully stored in a private collection in Germany).

Soon Sergei got bored with restoring old stuff and he decided to "create" something absolutely inimitable. This is how a sports two-seater car made of plastic appeared, which the author called "Samodelochka". The car received huge wheels, the interior rose and fell at the request of the owner, the doors opened up.

Then the master wanted to ride a limousine, of course, made with his own hands. There was an idea to make it out of "Zaporozhtsev". “I bought three old Zaporozhets, the guys and I cut them, made a“ stretch ”on the computer, then the patterns, cooked everything, put the frame, added all the necessary stuffing inside, - he says, - inside all the seats are upholstered in red velor, it costs refrigerator, music, stove, everything is as it should be! ". Now Sergey's masterpiece is almost ready. The only catch is how to recolor it. “I just have nowhere to paint it! - the master laments. "There is not a single cell in my town six and a half meters long." The Zaporozhets limousine uses gasoline in moderation - only 5.5 liters, and its maximum speed is 80 km / h.

But the restless inventor did not stop at the limousine. Already, he has developed a project for a Muscovite limousine. The inventor has already bought one 401st Moskvich. And the limousine - "Zaporozhets", he says, will sell. Buyers have already been found, offering 8 thousand dollars. The only problem is that the Zaporozhets limousine has no documents yet….

Thanks for your inquiry

We will reply as soon as possible