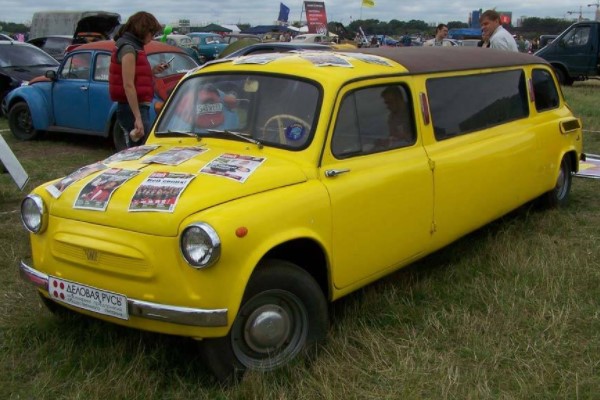 Samara businessman Igor Zhiganov came up with such an unusual idea to turn the most famous and once most widespread car in the USSR into a luxurious tuned car. Like many compatriots, he is sometimes overwhelmed by nostalgic memories of Soviet childhood, and, apparently, thanks to these memories, the Cossacks in our country have now become a rarity machine. Some amateurs are now specifically looking for old ZAZ models and tune them to their taste. But back to Zhiganov's limousine. Three Zaporozhets went to make the car, and they changed only externally, turning into one long car with luxurious seats inside. Well, the chassis remained unchanged, all the same 30 horses, apparently to help passengers feel that they are still driving a Zaporozhets, and not some ordinary limousine.

Interesting conclusions can be drawn about the Russian mentality, bumping into such creations. Once again, you are convinced that the main thing for us is the soul, and not the notorious Western comfort, and luxury not in the outer gloss, but in the spiritual value of some creation of the next Russian "Lefty". The Zaporozhets limousine is estimated at $ 60,000, but despite this, those wishing to purchase it line up. So, money is not, as they say, happiness.

Thanks for your inquiry

We will reply as soon as possible